In the design of PCB boards, as the frequency increases rapidly, there will be many interferences that are different from the design of low-frequency PCB boards. Moreover, as the frequency increases, the contradiction between the miniaturization and low cost of PCB boards has become increasingly prominent. These disturbances are becoming more and more complicated. In the actual research, we concluded that there are four main interferences, including power supply noise, transmission line interference, coupling, and electromagnetic interference (EMI). Through analyzing various interference problems of high-frequency PCB, combined with practice in work, an effective solution is proposed.

There are several ways to eliminate power supply noise in PCB design.

5. Isolate sensitive components: such as PLL. 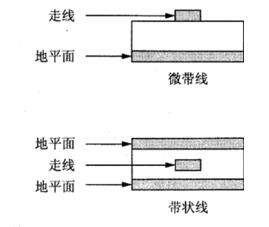 There are only two possible transmission lines in PCB: strip line and microwave line. The biggest problem of transmission line is reflection. Reflection will cause many problems. For example, the load signal will be the original signal and the echo signal. Superposition increases the difficulty of signal analysis; reflection will cause return loss (return loss), and its impact on the signal is as serious as the impact of additive noise interference:

1. The signal reflected back to the signal source will increase the system noise and make the reception It is more difficult for the machine to distinguish the noise from the signal;

The methods to eliminate transmission line interference in PCB design are as follows:

(a) Avoid impedance discontinuities of the transmission line. The point where the impedance is discontinuous is the point where the transmission line has abrupt changes, such as straight corners, vias, etc., which should be avoided as much as possible. The methods are: avoid straight corners of the trace, try to go for 45° angles or arcs as much as possible, and large bends are also possible; use vias as little as possible, because each via is an impedance discontinuity point, and the outer layer signal should not pass through The inner layer, and vice versa.

1. Common impedance coupling: It is a common coupling channel, that is, the interference source and the interfered device often share certain conductors (such as loop power, bus, common ground, etc.).

2. The field common mode coupling will cause the radiation source to cause common mode voltage on the loop formed by the interfered circuit and the common reference plane. If the magnetic field is dominant, the value of the common mode voltage generated in the series ground loop is Vcm=-(△B/△t)*area (△B=change in magnetic induction intensity). If it is an electromagnetic field, it is known When its electric field value, its induced voltage: Vcm=(L*h*F*E)/48, the formula is applicable to L(m)=150MHz or less, beyond this limit, the calculation of the maximum induced voltage can be simplified as: Vcm= 2*h*E.

3. Differential mode field coupling: refers to the direct radiation is induced and received by the wire pair or the lead on the circuit board and its loop. If it is as close as possible to the two wires. This coupling will be greatly reduced, so two wires can be twisted together to reduce interference.

4. Inter-line coupling (crosstalk) can make any line equal to undesirable coupling between parallel circuits, which will seriously damage the performance of the system. Its types can be divided into capacitive crosstalk and inductive crosstalk. The former is because the parasitic capacitance between the lines makes the noise on the noise source coupled to the noise receiving line through current injection; the latter can be imagined as the coupling of the signal between the primary and secondary stages of an undesirable parasitic transformer. The magnitude of inductive crosstalk depends on the proximity of the two loops and the size of the loop area, as well as the impedance of the load affected.

There are several ways to eliminate crosstalk in PCB design:

1. Both types of crosstalk increase with the increase of load impedance, so signal lines that are sensitive to interference caused by crosstalk should be properly terminated.

3. Inserting a ground wire between adjacent signal wires can also effectively reduce capacitive crosstalk. This ground wire needs to be connected to the ground every 1/4 wavelength.

4. For inductive crosstalk, the loop area should be reduced as much as possible, and if allowed, this loop should be eliminated.

6. Focus on signal integrity: The designer must implement termination during the welding process to solve signal integrity. Designers who adopt this method can focus on the microstrip length of the shielding copper foil in order to obtain good signal integrity performance. For systems that use dense connectors in the communication structure, the designer can use a PCB for termination.

As the speed increases, EMI will become more and more serious, and manifested in many aspects (such as electromagnetic interference at the interconnection), high-speed devices are particularly sensitive to this, it will receive high-speed false Signal, and low-speed devices will ignore such false signals.

There are several ways to eliminate electromagnetic interference in PCB design:

1. Reduce loops: each loop is equivalent to an antenna, so we need to minimize the number of loops, loop area and loop antenna effect. Ensure that the signal has only one loop path at any two points, avoid artificial loops, and try to use the power layer.

2. Filtering: Filtering can be used to reduce EMI both on the power line and on the signal line. There are three methods: decoupling capacitors, EMI filters, and magnetic components.

3. Shielding. Due to space issues and many articles discussing blocking, I will not introduce them in detail.

4. Try to reduce the speed of high-frequency devices.

At this point of the discussion, we can summarize that in high-frequency PCB design, we should follow the following principles:

1. The power and ground are unified and stable.

4. It is necessary to suppress noise to meet EMC requirements.